The U.S., U.K., Canada, and Australia are the top employers of remote workers in the Philippines. But they are not the only ones that need freelancers. Unfortunately, many Filipinos are not aware of online gigs in other high-income economies. Neglecting these nations and territories, sad to say, is a mistake.

Note: The percentages shown are not a breakdown of countries. Instead, it indicates the origin of clients in the portfolio of freelancers.

According to PayPal, 60% of clients hiring Filipino freelancers are Americans. It is evident, too, that the majority of them are from western countries. Such being the case, where is the rest of the world?

For sure, the large pool of talent in the Philippines can benefit many other countries. So, the key to expanding the window of opportunity is to identify the other sources of clients. To this end, I compiled a list of high-income economies. Furthermore, I also factored in the English language usage rate and the population.

Countries that Should Hire Filipino Freelancers

Clients from high-income countries (HIC) benefit the most from hiring online freelancers. In particular, they can save money by paying less salary or hourly rates. Filipinos, meanwhile, earn more than working for local companies. By and large, this relationship mutually benefits both entities.

HIC refers to high-income countries, a term coined by the World Bank to classify economies. In essence, they group countries and territories based on their Gross National Income (GNI) per capita.

According to the World Bank, a high-income country has a GNI per capita of US$12,696. These are the countries often referred to as “first world” or “developed countries.”

Which Countries Are Deemed High-income Economies?

The World Bank identified 80 high-income economies. Rather than presenting the entire list, though, I chose to narrow it down using two factors:

What Is the Economic Classification of the Philippines?

Over the last several years, the Philippines has made great economic strides. From 2000 to 2009, its annual growth rate averaged 4.5%. But from 2010 to 2019, the economy grew at an average of 6.4%, making it one of the fastest-growing economies in Asia.

Since 2016, the GNI per capita increased at remarkable rates year over year. But the economy took a severe hit from the COVID-19 pandemic. Henceforth, its GNI per capita dropped to $3,430 – a 10.91% decline from 2019. Thus, the Philippines remains a lower-middle-income economy.

On the one hand, it is the aspiration of developing nations to reach high-income status. But being in the lower-middle-income group also presented fantastic opportunities.

Globalization and technology, for instance, allowed cross-border employment. And that led to the rise of the Philippine BPO industry. It also presented opportunities for individuals working from home. Today, there are more than a million Filipinos earning a decent living from online gigs.

The Necessity of Hiring Freelancers from the Philippines

Business opportunities abound in rich economies, but competition is also stiff. For startups and most companies to survive, they need to manage their finances. And one of the best ways to do that is to outsource a part of their core activities.

Outsourcing helps companies keep expenditure down. But cost-cutting is not its only benefit. Business savvy clients also understand the importance of competent human resources. By hiring the right people, their business can thrive and grow at a faster rate.

Online gig workers need to understand that there is a demand for their services. Filipinos, in particular, are among the top choices in many fields.

From the freelancers’ perspective, finding a job is not easy. For every position made available, there are tens to hundreds of applicants. As such, many might surmise that there are only a few online gigs available.

But the reality is that filling positions is one of the top challenges for recruiters. This trend is consistent in high, upper, and even lower-income economies. For this reason, many companies eventually have to find talent elsewhere. And one of the largest pools of talent they can tap into is the Filipino freelancing community.

When the pandemic started, it exacerbated the severity of the talent shortage. All over the world, there is a significant spike in the number of employees leaving their jobs. The Great Resignation – as it’s called – is forcing companies to provide remote jobs.

See also  Will The Great Resignation Lead to The Great Competition?

Benefits alone may not be enough for some foreign companies to hire from the Philippines. Be that as it may, many of them had to hire remote workers because of the lack of applications.

In 2014, Pew Research Center released a report that showed Filipinos view the U.S. more positively than the American people. And one of the manifestations is the tendency of freelancers to favor U.S. clients over others. But with regards to online gig opportunities, it is a mistake to focus only on one or a few western countries.

There are 80 high-income countries and territories in the world. Table 3 lists 38 that have English language speakers and a population of at least one million. For sure, there are online gigs available.

Content writers, for instance, can pitch to businesses catering to these customer segments:

Some HIC nations not included in Table 3 may also need Filipinos to provide content. An example is those that rely on tourism. A few that come to mind are travel agencies and hotels in Guam, Barbados, and the Bahamas. They would need help promoting their services to an international audience.

In summary, freelancers should expand their markets. Instead of focusing only on the big four, there are many other countries. Even here in Asia, Singapore is proving to be a great source of online gigs. 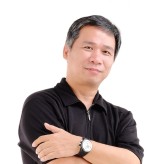 Is Hiring a Freelance Writer Better than a Content Writing Agency?